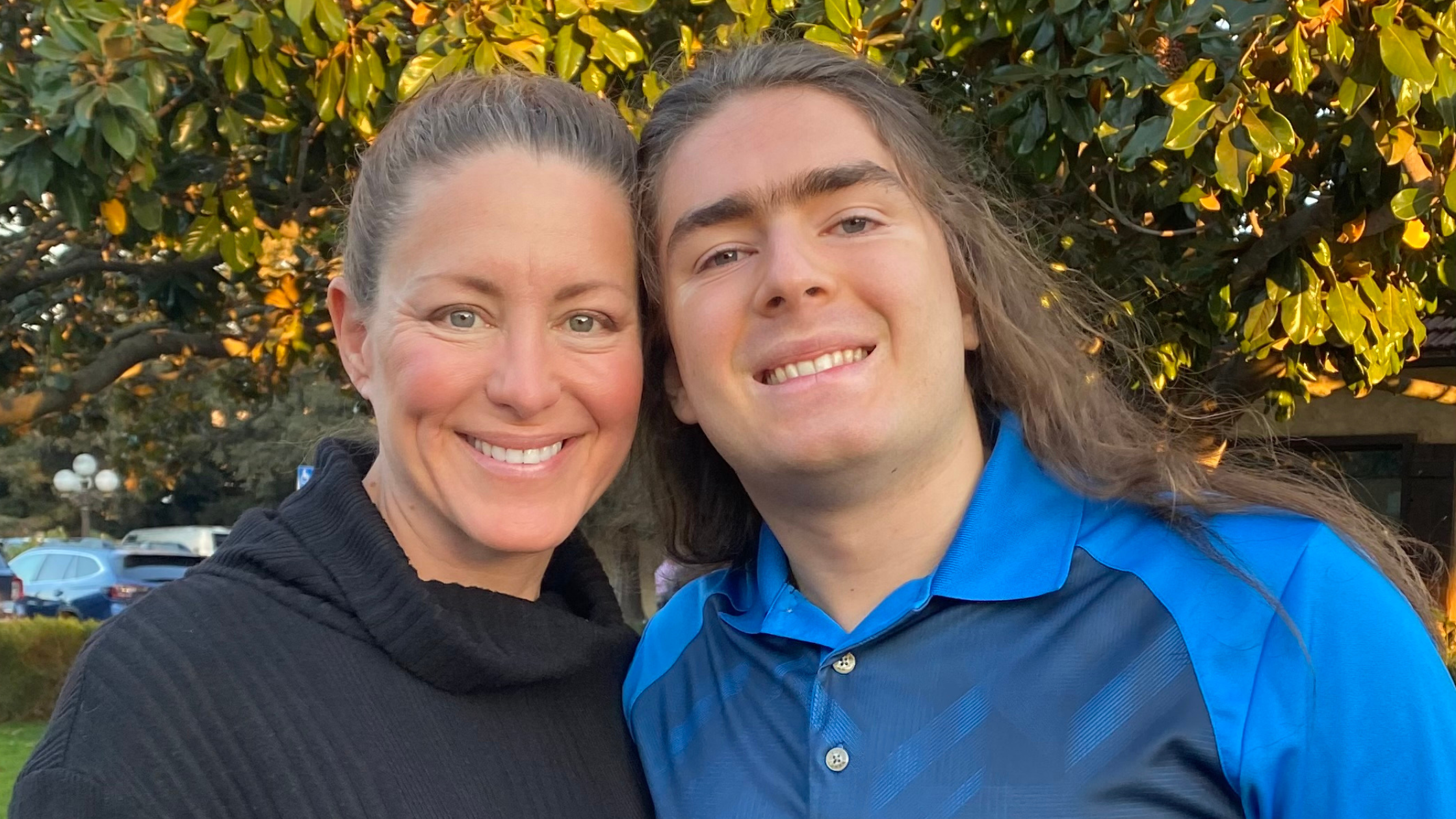 The rich text element allows you to create and format headings, paragraphs, blockquotes, images, and video all in one place instead of having to add and format them individually. Just double-click and easily create content.

How to customize formatting for each rich text

Headings, paragraphs, blockquotes, figures, images, and figure captions can all be styled after a class is added to the rich text element using the "When inside of" nested selector system.

Nicole Conragan says her son Jordan “didn’t speak until he was four, but he looked at you with those eyes that said, “I know everything you’re saying.”

The 21-year-old Artificial Intelligence major from California will graduate in December with his masters degree and an internship lined up at CERN, The European Organization for Nuclear Research in Meyrin, Switzerland. When he returns, Jordan will be employed at Lockheed where he will work on the autonomous lunar module project.

“I need a challenge or I’m going to kind of go crazy,” says Jordan who is also a competitive Olympic weightlifter, working out four times a week in addition to his classes at San Jose State University.

Jordan’s family took advantage of a variety of schooling methods to accommodate his need to consume material at an accelerated pace. He knew at a very young age that the typical brick-and-mortar learning environment was not going to work for him.

“I used to volunteer at our local school, and I started bringing him along for reading hour, says Nicole.”

“I mentioned to him that this was the school he would be going to, and he burst into tears and said, “Mom, please don’t make me go to this school!”  I had to quickly pivot.”

“I was vehemently against it,” says Jordan. “I did not want to go into a classroom, I would have been bored out of my mind.”

Nicole says she “stumbled across California Virtual Academy”(CAVA) and “it was a lifeline!”

When Jordan was 10 the family moved to Ocean Grove where Nicole “enrolled him in two AP English courses simultaneously, along with an advanced math program” that Jordan’s father helped teach to him up to pre-calculus. After that point they had to hire tutors.

“My husband and I are both chiropractors, and so we could be at home with him at various times during the day to get school work done,” says Nicole.

“It was hard but absolutely an honor and a blessing to be able to do that for him and with him.”

Jordan received his GED when he was 13 and Bachelor of Science degree at 19. While he didn’t graduate from CAVA, it was the right choice, at the right time.

“We used the school as an essential stepping stone to get him to where he wanted to be, which was in college. Without CAVA, I think he would have imploded. Trying to hold him back from his learning journey would have frustrated him into a stupor. Even in college, when he isn’t challenged, he comes home a bit dejected because it’s just too easy.”

Jordan confirms that some of his classes at San Jose State are “just a little too slow.”

“I just wish I could be going, you know, blazing through the material faster. My favorite classes here are when I’m constantly on my toes… I’m barely behind the pace of the slides and the pace of the presenter with all the material that’s being presented, not just writing it down but understanding it. That’s the kind of class I like.”

We asked Jordan what advice he would offer students who may have the same drive as him to keep learning. He says it’s about “going out and finding something that challenges you.”

Mother and son both agree.

“We all have a different journey,” says Nicole, “and I think we all need to be appropriately challenged.”

Check out our interview with Jordan below!