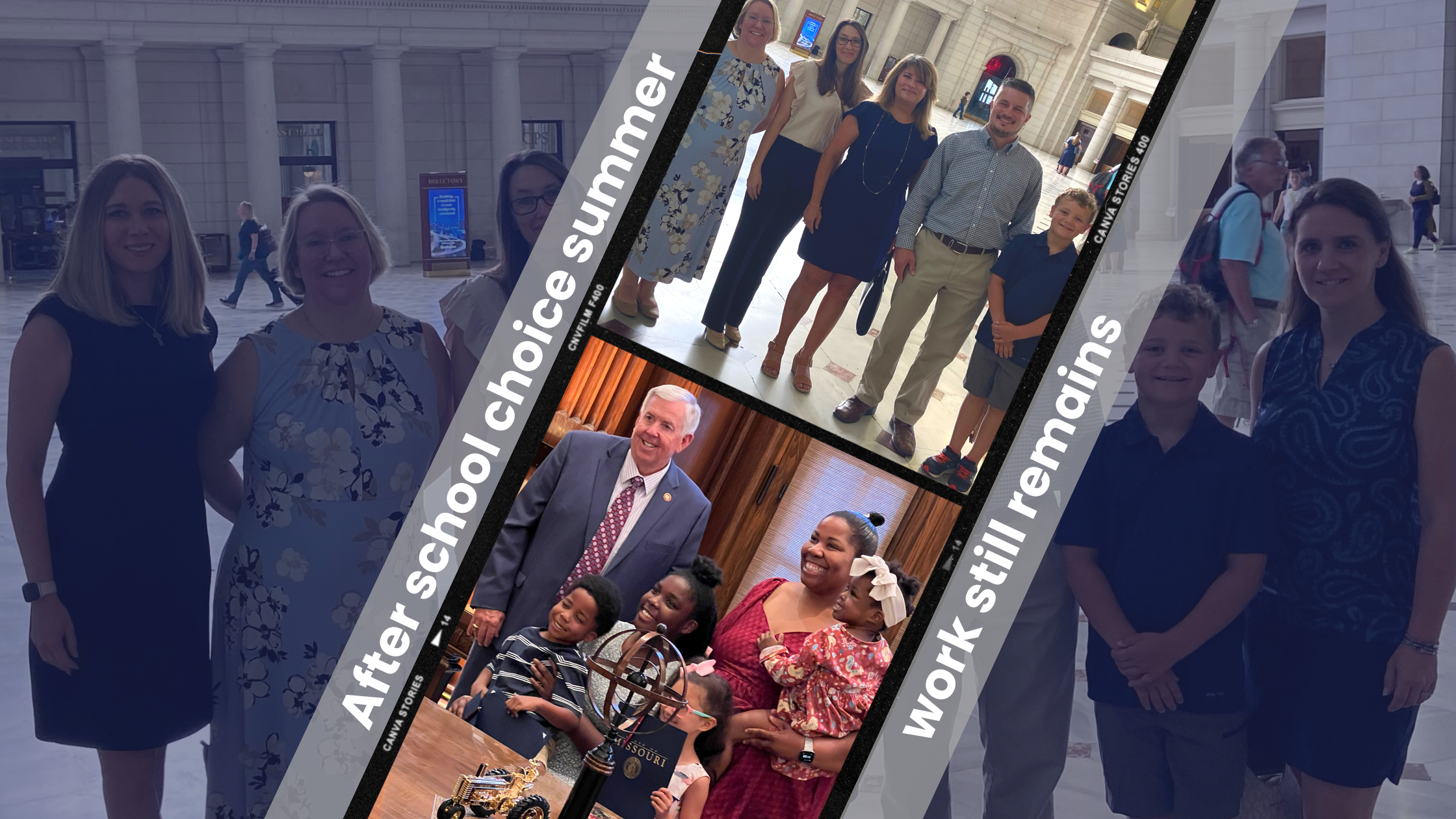 The rich text element allows you to create and format headings, paragraphs, blockquotes, images, and video all in one place instead of having to add and format them individually. Just double-click and easily create content.

How to customize formatting for each rich text

Headings, paragraphs, blockquotes, figures, images, and figure captions can all be styled after a class is added to the rich text element using the "When inside of" nested selector system.

For school choice advocates, the summer of 2022 has certainly delivered its share of victories.

On summer solstice, the Supreme Court ruled in favor of parents in Carson v. Makin allowing Maine residents to use state-funded school vouchers toward their child’s education at a parochial school. Since the program’s inception in 1873, parents had been allowed to use vouchers toward religious education up until 1980.

PSO Board President Letrisha Weber from Indiana praised the Supreme Court’s ruling in an official statement: The “Carson v. Makin ruling is something to celebrate in the school choice movement. This case will set a precedent for any family across the nation wanting funds to follow their child when the best option is a parochial school. In the state of Indiana, vouchers are used at ALL private schools to give students another option for education. I have seen many families find academic success for their children using vouchers in this manner.”

Weber shared a story from a fellow school choice parent whose son benefited from such an opportunity:

"My son was advanced for his age early on. In the traditional brick-and-mortar school, he needed more challenge to keep him engaged and, by the spring of first grade, he received a three-day detention for misbehavior. For second grade, I switched him to Catholic school on a voucher in the hopes that he would receive the challenge he needed. In the spring of that year, we already realized the decision was the right one when he received the Citizen of the Week award at his new school. Having his academic needs met made all the difference."

In Missouri, Governor Mike Parson signed House Bill 1552 into law, which expands access to virtual education options for students in addition to increasing funding for Missouri’s charter schools. The legislation was vital to continuing the expansion of school choice efforts in the state.

Samoy Mainda, the parent leader for Missouri Chapter of the National Coalition for Public School Options celebrated the momentous occasion stating, “I speak on behalf of parents across the state when I say, ‘thank you, Governor Parson, for empowering parents to choose what’s best for our children. House Bill 1552 will greatly expand education freedom in our state by putting the decision-making authority where it belongs – in the hands of parents. No family should ever have to endure the difficulties and trauma my family and many others have endured in our quest to give our children the best education possible.”

Mainda’s own daughter had been unable to access virtual education, because the pre-existing law allowed local school districts to override the desires of parents and/or limit access to only those families currently enrolled in traditional school districts. Now students like her will have more opportunities to find a public school option that fits their individual needs.

On July 7th Arizona’s Governor Doug Ducey signed one of the most expansive school choice laws in the country allowing all children across the state to have access to the Empowerment Scholarship account. Families are now able to access “more than $6,500 per year per child for private school, homeschooling, micro schools, tutoring, or any other kind of educational service that helps meet the needs of their students outside the traditional public school system.”

While we celebrate these victories, we recognize the school choice fight is far from over.

The Biden administration recently limited access to for-profit charter school options in their final version of the Charter School Program (CSP) Grant Rule.  In an official statement PSO said while they’re “pleased to see the final rule opens up applications to come from charter school applicants where there is a specific need, we remain concerned these new regulations remain incredibly bureaucratic, cumbersome, which ultimately will restrict the growth of public charter schools. Ultimately, it appears to be a misguided attempt to federalize charter schools."

On Wednesday July 27th, PSO organized a legislative fly-in on Capitol Hill for several parent advocates to speak with their elected officials about the final CSP ruling and the House Appropriations Committee’s proposal to cut funding for CSP for the fourth year in a row.

"Parents met with the School Choice Caucus, Senator Chuck Grassley (R-IA), and the offices of Senators Tommy Tuberville (R-AL), Tammy Baldwin (D-WI), Michael Bennet, and Marco Rubio (R-FL), among others to share their school choice stories and provide information on how these actions under the Biden administration will limit access to educational options."

Now is the time to make every public school option available to every child across the United States. According to a recent Gallup poll only  "28% of Americans said they have a great deal or quite a lot of confidence in public schools." This research shows the status quo isn’t working for many families.

Now is the time for more options not less.